VMware Workstation Player : Developers and programmers usually develop apps on multiple systems, these apps need to be tested on their intended platforms.
So the developers do their work on one operating system and use a virtual platform to test their apps, you can use those virtual platforms by using programs called virtual machines.

The virtual machine is just like a computer inside another computer, which enables you to run an isolated operating system on your PC, as the host machine shares its resources with the guest machine.

One of the best virtual machines is VMware Player, produced by VMware company which is a part of Dell Technologies Inc. that needs no introduction.

Solved graphic software issues, as in the previous versions when you try to run a graphic game VMware Player crashes.

Differences between the paid and the free versions of VMware Player.

VMware Player is free to download but purchasing the paid version and confirming the license key enables the user to benefit from many more features of the program.

So, If you need to test your apps or need a virtual machine for educational purposes, VMware Player is here for you, Download it now for free. 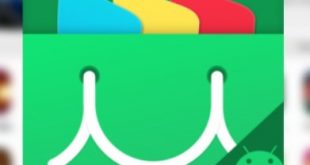